On Saturday, April 22, at Stair Galleries in Hudson, New York, there was an auction which included some very fine works on paper and paintings, http://www.invaluable.com/catalog/3q0kztxdrm

While previewing the auction, I came across Lot 185:

“FRENCH SCHOOL: PORTRAIT OF A BOY Oil on panel, unsigned, with an indistinctly inscribed label on the reverse and a label from the Collection of Georges Lutz. 16 1/4 x 13 in., 18 14 3/4 in. (frame). From the Camilla and Earl McGrath Collection.”

Below is the image without adjusting the exposure. 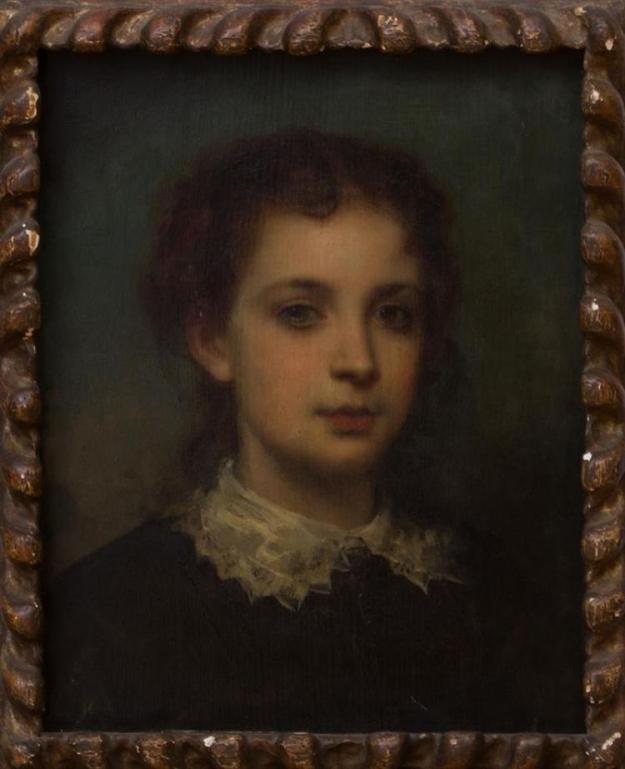 Below is the painting after adjustment. 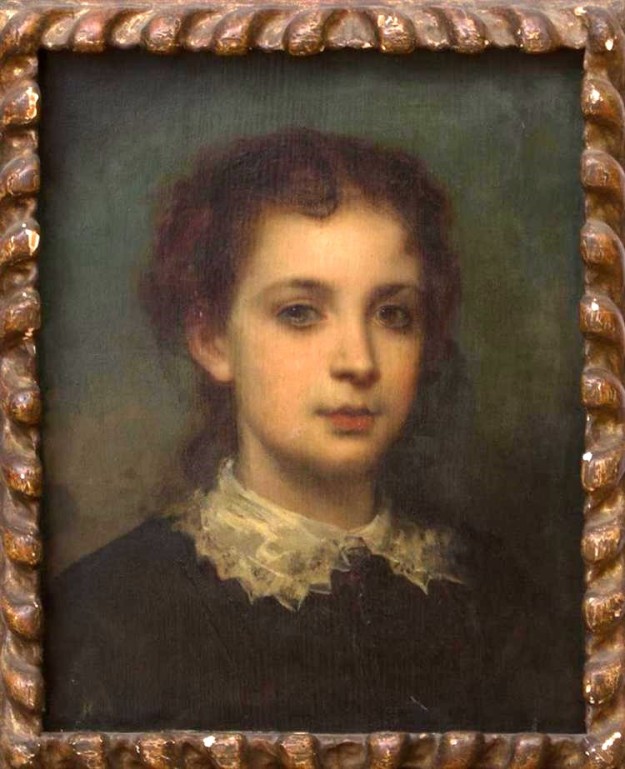 In the edited version, it is clear that this is a painting of a girl.  Many times in 19th century paintings, especially with a lot of surface dirt, boys look like girls and vice versa. In this case, her collar looks like it could be a boy’s collar, and it’s hard to see her long hair.

On the reverse of the painting there are some possible clues: 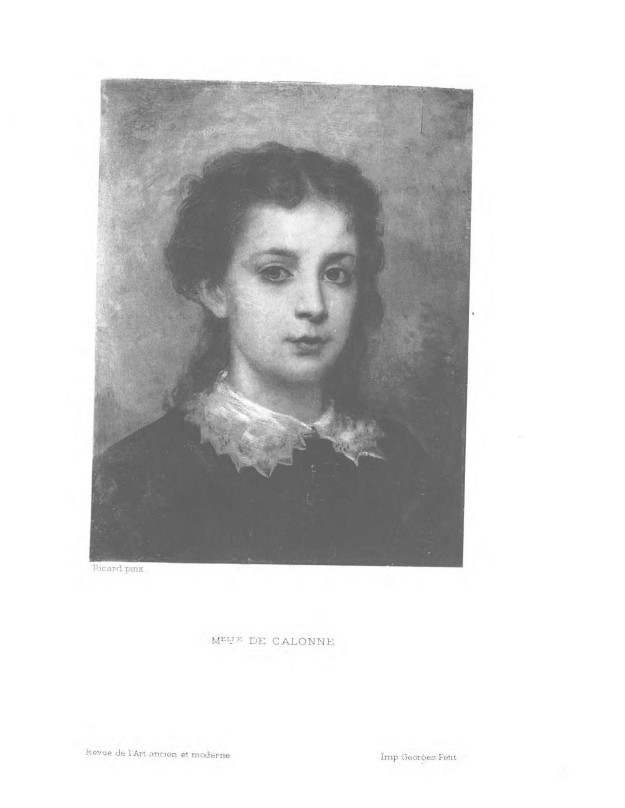 Here is the artist’s Wikipedia page,

He studied first under Auber in his native town, and subsequently under Coignet in Paris. The formation of his masterly, distinguished style in portraiture was, however, due rather to ten years intelligent copying of the old masters at the Louvre and at the [Italian galleries, than to any school training. He was a master of technique, and his portraits about two hundred reveal an extraordinary insight into the character of his sitters. Nevertheless, for some time after his death his name was almost forgotten by the public, and it was only later that he has been conceded the position among the leading masters of the modern French school which is his due. A portrait of himself, and one of Alfred de Musset, were at the Luxembourg Gallery. Among his best-known works are the portrait of his mother, and those of the painters Fromentin, Heilbuth and Chaplin.

One of Ricard’s most famous paintings is of the Vicomtesse de Calonne, nee Joulia Hogay, wife of the publicist Alphonse Bernard, Vicomte de Calonne.  Presumably, this is the mother of Mlle. de Calonne, but there is little information about either of them on the internet.  Originally at the Louvre, the painting is now at the Musee d’Orsay, http://www.musee-orsay.fr/fr/collections/catalogue-des-oeuvres/notice.html?no_cache=1&nnumid=21809&cHash=8da7dec93d 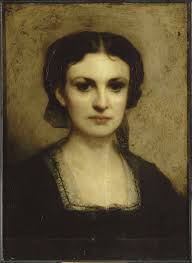 Marcel Nicoll wrote an article about this and another portrait of the vicomtesse in the same magazine in 1907, starting on page 37, https://books.google.com/books?id=R8g_AQAAMAAJ&pg=PA40&lpg=PA40&dq=vicomtesse+de+calonne&source=bl&ots=sGD5p0nl8o&sig=zHvZHPCRxCT2jnzAEn0tG0tecFA&hl=en&sa=X&ved=0ahUKEwjG7Lz5vb3TAhUDbiYKHb1YCqM4FBDoAQgkMAA#v=onepage&q=vicomtesse%20de%20calonne&f=false.

Perhaps the painting of Mlle. de Calonne will be heading back to France.